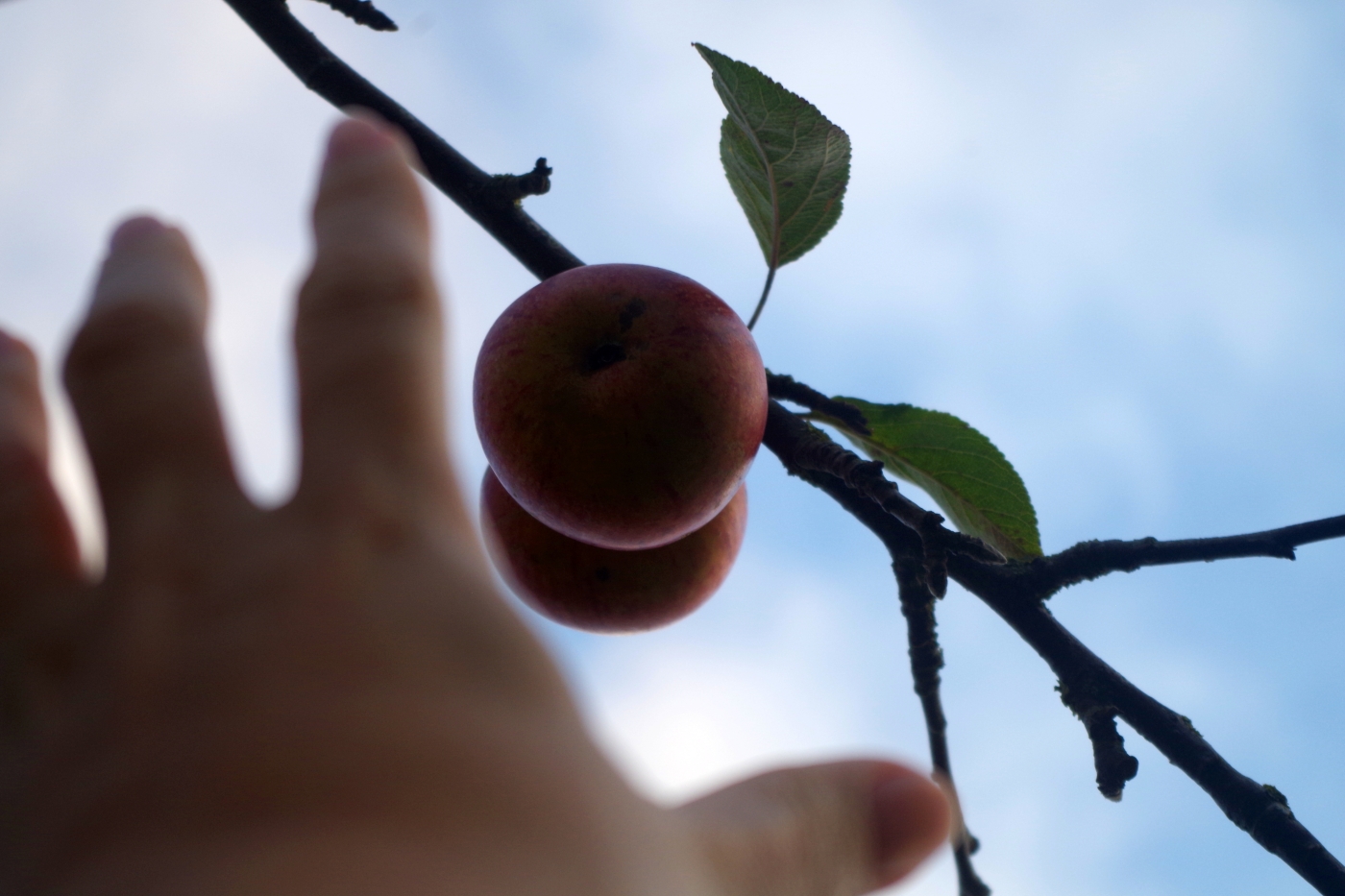 “But he knows the way that I take;
when he has tested me, I shall come forth as gold.

My feet have closely followed his steps;
I have kept to his way without turning aside.”

Human pride is the greatest force strummed for evil that darkness has ever had at its disposal. It is often fuelled and enflamed by subconscious human fears: fear of insignificance, fear of insecurity, fear of failure. The more we long to be seen by the world the greater our susceptibility to the hiss on the wind’s wiles strumming our desires and enflaming our ego.

“Then the devil took him to the holy city and set him on the highest point of the temple.  ‘If you are the Son of God,’ he said, ‘throw yourself down. For it is written:

‘“He will command his angels concerning you,

and they will lift you up in their hands,

so that you will not strike your foot against a stone.”’ Matthew 4:5-6

‘If you are the son of God’ the true Israelite then stand here before all Israel. Show them who you are with one miraculous leap. Prove yourself to be who you say you are. Be seen, be significant! The Accuser is tempting Jesus to invoke a showy display of God’s favour, a fast track to social recognition; recognition in Israel that He is indeed God’s son. ‘If you are God’s son’, he hums again his refrain, questioning, wedging doubt, attempting to fan the flame of pride. Just do this one thing and You’ve arrived, you’ve made it. Everyone will know your name! There will be no more petty testings and arguments from those pesky pharisees, no more squabbling with scribes and unbelief of the chief priests. ‘Prove it!’ he whisper-hisses by Jesus ear, ‘Prove it to all Israel. Prove it to me. Prove it to yourself!’

But this is only the beginning of the tests embedded here in this statement. There are  deeper temptations yet, more subtle enticements, lurking in the corners of the words ready to pounce.

In this temptation, the Accuser employs Jesus own technique of applying scripture…  ‘For it is written…’.  Yes, even the Accuser knows His Sunday school memory verses and he twists them around and inside out, winding them around a soul in to blind them and bind them to his will. He quoted God’s words back to Eve in the garden (Genesis 3) and he quotes God’s word back to Jesus now,

“If you are the Son of God,’ he said, ‘throw yourself down. For it is written:

‘“He will command his angels concerning you,

and they will lift you up in their hands,

so that you will not strike your foot against a stone.”’

And here, echoing down through time is one of the greatest stumbling blocks humankind has when it gazes into the possibility of the existence of God. How can a good God allow human suffering? How can struggle and pain and suffering be God’s will? Why does He not stop it?

From the moment everything broke the pain of that tear has been felt by every human soul from our first breath til final gasp.  We have spent our days avoiding the pain, this pain of human existence. We have created whole industries around the avoidance of suffering, ‘comfort’ industries producing conveniences, creature comforts, pain relievers, pain killers. And when reality itself becomes too painfully empty and uncomfortable we create distraction industries around the avoidance of reality and the numbing of our minds, our souls and our emptiness.

And it feels like it should be a moral right, an entitlement, this avoidance of pain. It feels all wrong. And in an unbroken world it is all wrong. But this world is not yet that world. There will be a time when all suffering and pain will cease (Revelation 21:4)  But this time is not yet that time.

Jesus knew this.  He knew this more than any human being on earth. It is this very human trait, the avoidance of suffering, the devil strums to lure Jesus in. And he does it by using scripture as a smoke screen. One small corner of God’s word plucked out in isolation from the rest. The accuser has always been a twister of truth. There are no limits, even God’s word can be twisted by him.

But there is more.  There is another string this Accuser is plucking, a subtle strum easily unnoticed by eyes unfamiliar with scripture. Jesus was Jewish, His eyes were shaped by scripture.  He is the Word and He knew the Word. The psalms were His song book, part of His daily life.

The accuser is quoting from Psalm 91, a psalm that is indeed all about God’s protection and care for His children.

“Whoever dwells in the shelter of the Most High

will rest in the shadow of the Almighty.

I will say of the Lord, ‘He is my refuge and my fortress,

Surely he will save you

from the fowler’s snare

and from the deadly pestilence.

He will cover you with his feathers,

and under his wings you will find refuge;

his faithfulness will be your shield and rampart.

You will not fear the terror of night,

nor the arrow that flies by day,

nor the pestilence that stalks in the darkness,

nor the plague that destroys at midday.

A thousand may fall at your side,

ten thousand at your right hand,

but it will not come near you.

You will only observe with your eyes

and see the punishment of the wicked.

and you make the Most High your dwelling,

no harm will overtake you,

no disaster will come near your tent.

For he will command his angels concerning you

to guard you in all your ways;

they will lift you up in their hands,

so that you will not strike your foot against a stone…”

The threads of psalm ninety one weave the image of God’s great love, care and protection. Every thread, every word reveals the true heart of God for His children whom He loves, stitching into place the full picture of all that God longs to provide for us through all the daily stresses, anguishes and hardships we all face throughout our time on this whirling planet. God loves us and wants us to run to Him in our pain, not to all our attempts at inoculation from it.

But there is a further line in this Psalm, directly after the lines quotes by the Satan. Lines lined up like a fishing line, lines laid out like a baited hook…

“they will lift you up in their hands,

so that you will not strike your foot against a stone…

‘You will tread on the lion and the cobra;

you will trample the great lion and the serpent.”

Is it possible that here the Satan has intentionally ‘innocently’ opened a door just a little, just a crack, just enough to get his foot in the door for a fight? He knows that Jesus will know His scriptures. He knows Jesus vocation is ultimately to destroy him. The prophecy spoken by God in Genesis chapter three foretold that a son of Eve will crush the serpent’s head while the serpent wounds His heel ( Genesis 3:15)  and sin is personified in Genesis chapter 4 as a beast like a lion waiting to pounce (Genesis 4:7). (And later new testament writers pick up this theme and the Satan is more explicitly described as a prowling lion hungry for prey in 1 Peter 5:8). This line in Psalm 91 resembles this remarkably…’You will tread on the lion and the cobra, you will trample the great lion and the serpent’. A coincidence? A blundering irony? Perhaps. Or perhaps the Satan is issuing an invitation.

In quoting Psalm 91, it appears as though the Satan is bearing his underbelly, inviting Jesus to retaliate; enticing Jesus down the path of using Scripture in defence of His own ego, to fight fire with fire, using the Word to win an argument. It is plausible that the Satan is attempting to hook Jesus into a tit for tat answer to his scripture quotation, inviting a reaction from the son of God, a reaction from enflamed pride, rather than a humble God-focused response…”Yes but have you read the rest of the Psalm Satan… who wins?!”  It is possible that the Satan is tempting Jesus to react not with ‘the Word’ of His vocation and calling in Deuteronomy, but with quick words, ironic words, words formed in flinching human pride and laced with human wit, words enticingly appearing to ‘outsmart’ the devil. Words to win an argument, but not a Kingdom come. Words to win a battle but lose a war.

Either way the Satan is attempting to draw Jesus out of the story of Israel, which He has quoted from so far, and into his own version of this story.  He wants the argument, because he knows if Jesus succumbs to arguing with him, he will have Him. Arguing with darkness lets darkness set the agenda. Jesus will have lost by winning The Satan’s way.

And Jesus doesn’t fall for it. 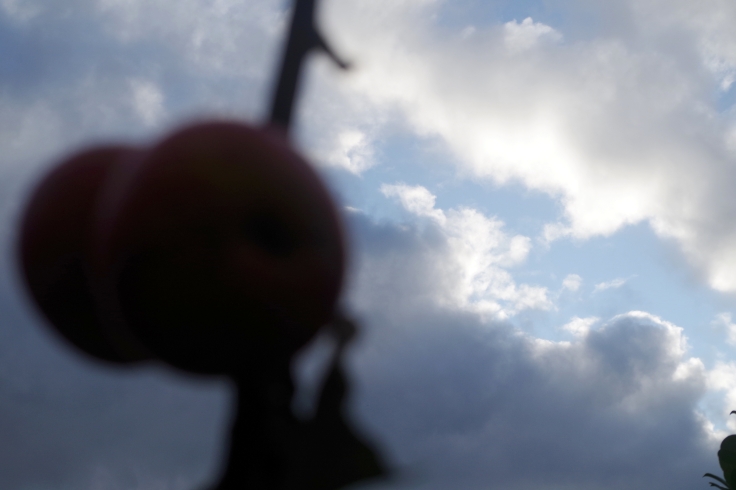 Jesus stays the course, stays on the dusty desert path and remains deeply in the wilderness narrative of Israel, fulfilling His vocation as the true son of Israel. He is completing the calling they failed to fulfil in the desert long ago as described in Psalm 106,

God was being tested once more in the desert, not by Israel (with the Accuser strumming the scars of their past) but by the Accuser himself, openly, brashly testing Jesus. Testing God.

Jesus’ “It is also written…” response is quoting Deuteronomy 6:16 ‘Do not put the Lord your God to the test as you did at Massah’ where Moses is referring to the events written about in Exodus chapter seventeen when the children of Israel tested God’s patience and faithfulness by complaining that they would die of thirst. The scars of slavery ran deep and they were fearful and did not trust that God would protect and provide for them in the desert (Exodus 17:2).  This story, like the Devil’s taunting scripture quotation, returns once more to the same theme of human suffering. But the story it portrays is of God providing miraculously and faithfully for His children, despite their grumbling and testing of Him.

The answer is yes, God is good and He longs to alleviate all suffering.

The last part of Psalm 91, the Psalm the Accuser waved as a carrot in Jesus face, says,

‘Because he loves me,’ says the Lord, ‘I will rescue him;

I will protect him, for he acknowledges my name.

He will call on me, and I will answer him;

I will be with him in trouble,

I will deliver him and honour him.

With long life I will satisfy him

and show him my salvation.’

When we are with God and He with us, though we have troubles, God is with us.

All these words above are true for each of us now because Jesus chose to stay in the desert and on the cross. He chose suffering so He could walk alongside us and alleviate ours.

He became our salvation.

And the Accuser now, in knowing he has failed in his first two attempts to throw Jesus off course, is about to use Jesus’ vocation as the saviour and rightful ruler of the world in his final swipe.

In what ways have you tested God?